Same routine as last week, with the ultrasound and the non-stress test. Joe passed everything with flying colors, although he was a bit stubborn about moving on the ultrasound at first. After a quick pep talk, he did finally give us a reassuring wave.

The tech zoomed in on his face and we could see two little nostrils at the top of the screen, with his little mouth opening and closing below. He even stuck his tiny tongue out. You can already tell he’s a good-looking kid!

Then we met with the doctor, who said that I’m one centimeter dilated (that’s the size of a Cheerio, but hey, it’s something). She asked what we’d like to do about induction. I have been doing some research and decided that the risk (to him and me) of inducing labor is greater than the risk of letting him determine his own birthday.

Don’t get me wrong — the idea of induction is tempting, especially given that:

Still, there’s no sense in rushing things if he’s not ready yet. We’ve got the rest of our lives to push him around; no reason to start now!

The doctor was surprisingly cool about the “wait and see” approach, but she does want me to come twice a week for the ultrasound routine until he’s born.

So, I’m guessing that (in keeping with the family tradition of late, huge babies) Joe will turn up on his own within the next week, tipping the scales at 9 pounds plus. Yikes! 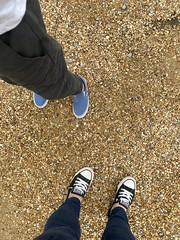 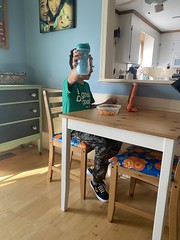 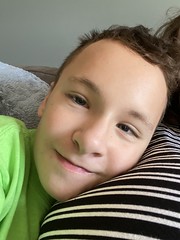 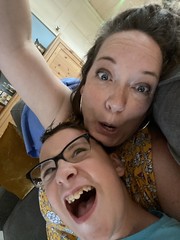 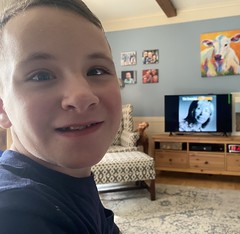 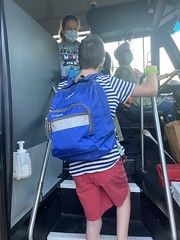