Joe has decided to skip the 2016 Rio games. He made the decision a couple of weeks ago, just before the Virginia Special Olympics at the University of Richmond. It was partly the whole Zinka thing (makes his nose look funny), but mostly it was the lack of competition now that the Russians are out. He’s been waiting for this moment since he saw Rocky IV, and embarrassing all the Usain Phelps in the world won’t give him the same gut-level satisfaction as kickin’ some drugged-out commie ass. Joe gets so angry sometimes.

But we did go to the Virginia games, thank goodness, as it calmed him down a lot. He quickly compartmentalized those nesting-doll-loving pinkos and laser-focused on his four events.

First was the 25-meter dash, where he ran triumphantly! The crowd on their feet. A tear on Vangelis’ cheek as we collectively realized the majesty we were witnessing. It’s not slow motion …

Joe is actually running that fast!

Next, the two-person tennis ball toss, where Joe and his throwing coach Carleigh put some stank on it and almost cleared an unmeasured distance of grass. It went so far! Poetry in motion, as ol’ Johnny Tillotson used to say.

Then the team of Mama-Joe-Carleigh combined for the double-assisted-lift standing long jump, rocketing Joe to a personal best. Mama Joe Carleigh would also be my name if I was a drag queen who specialized in country music. Is that a thing? Just googled it, and sure enough!

Joe focused his real energy on the unsanctioned event he’s dominated since getting into the game – making friends with random folks, mostly the ladies. Like this first place effort … 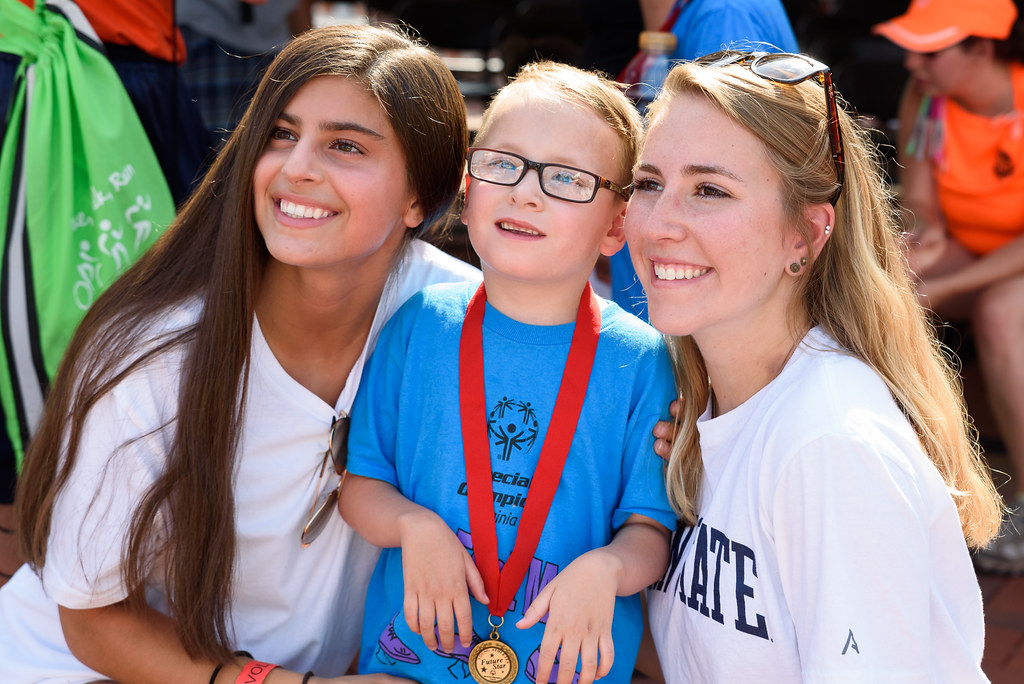 These former strangers followed Joe from the field to the awards, offering to babysit, asking for photos, and making all the college boys that much more insecure. How did this tiny man, with mismatched teeth and a balding dad, snag this caliber of women … without even saying a word? Because you smell like Axe and you trying to hard. 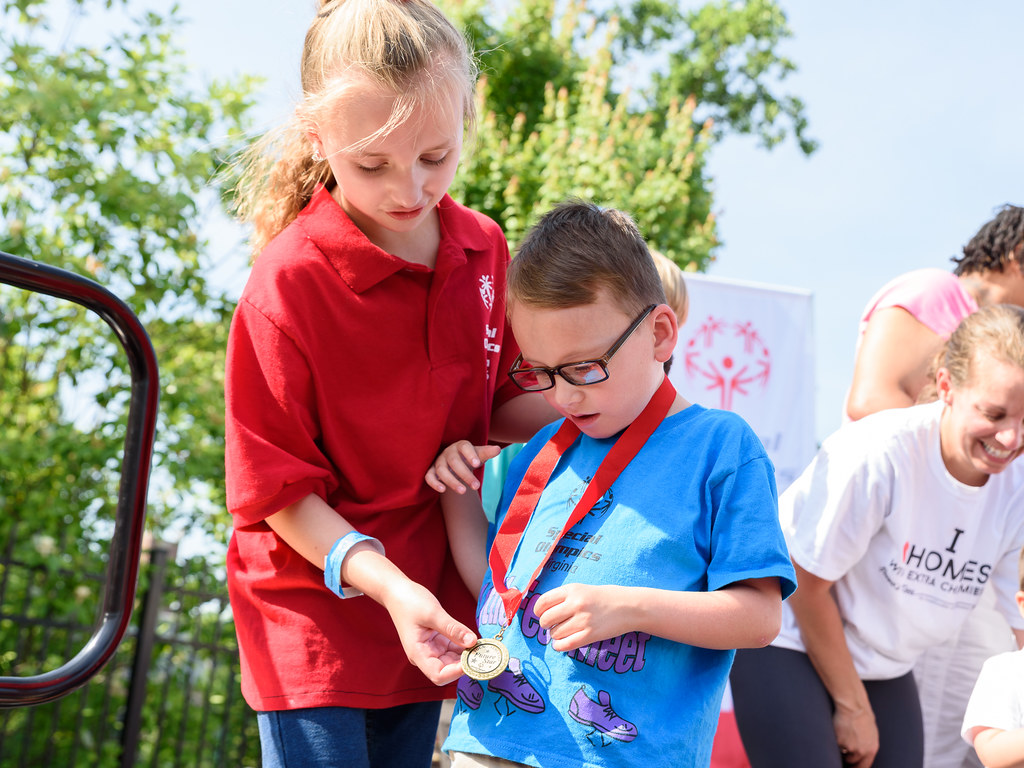 Coach Carleigh took the podium with Joe, rightfully so. Helping people are good people. Thanks Carleigh! 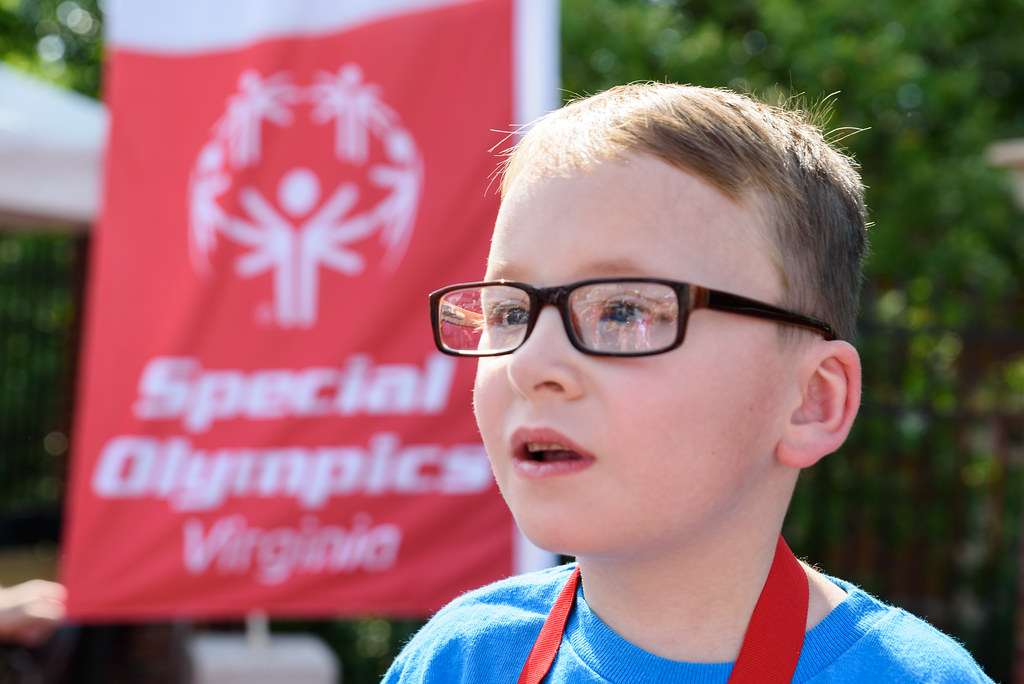 By now he’d forgotten about the Russians. Felt sorry for them even. “I guess what I’m trying to say is, if I can change, and you can change, everybody can change.” 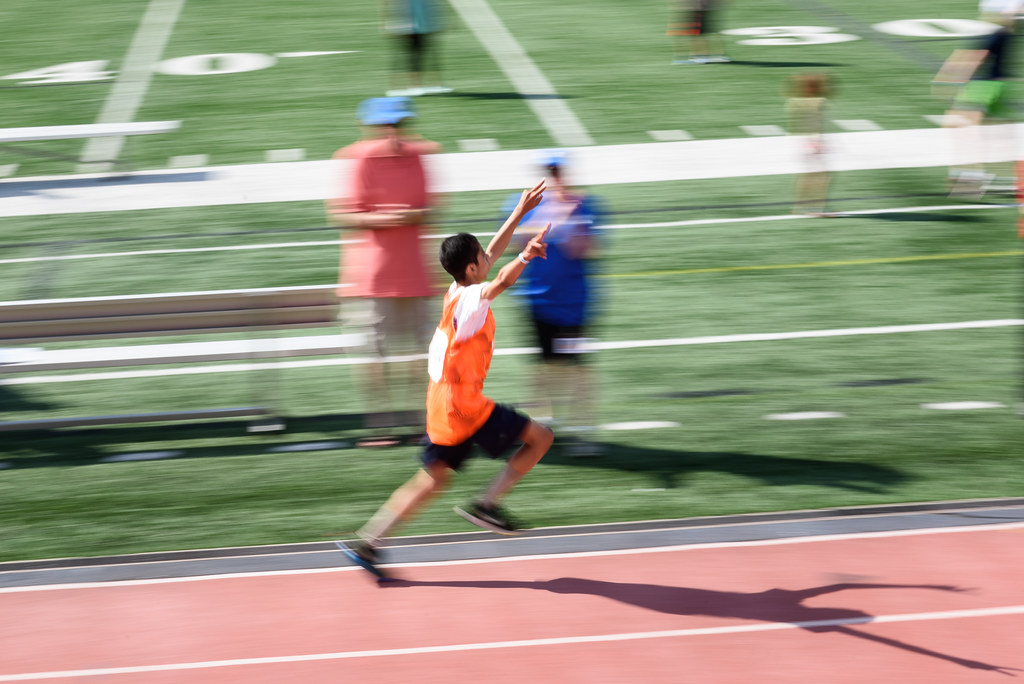 Not Joe, I just like this photo. The streak of a lone athlete as he celebrates personal victory. Faceless every-man spectators, maybe coaches, watch with awe and love as he passes. That’s Special Olympics.

Joe just turned 8. We had a fun day, capped off by the traditional cupcake. What a great kid!
We can’t thank everyone enough for the wonderful gifts, cards and well-wishes Joe received. He’s a lucky guy to have family and friends like you. Thanks! 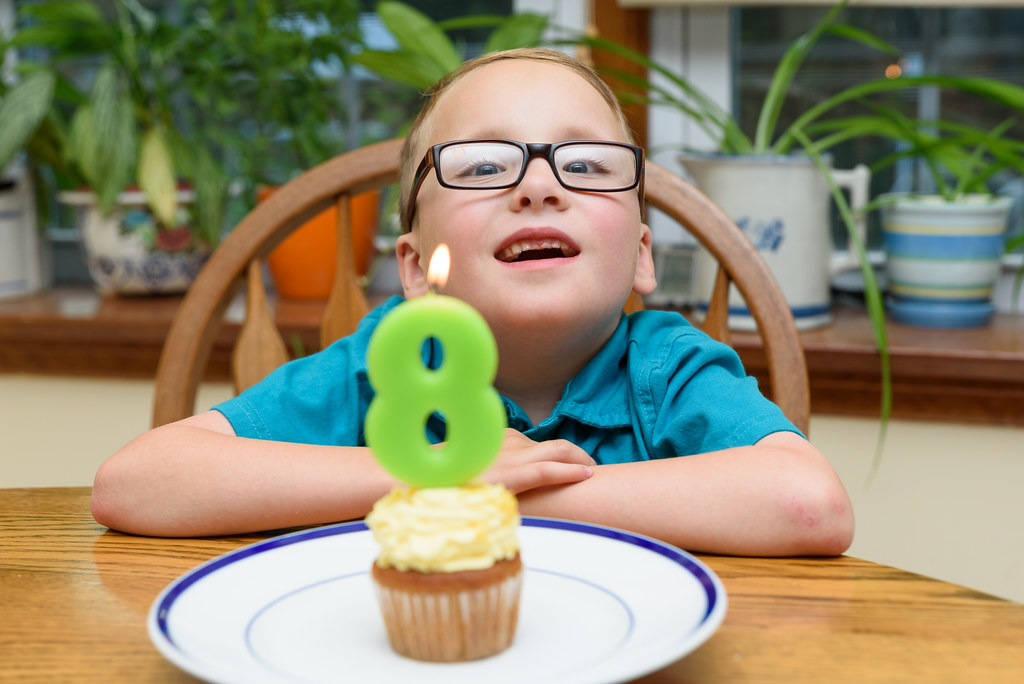 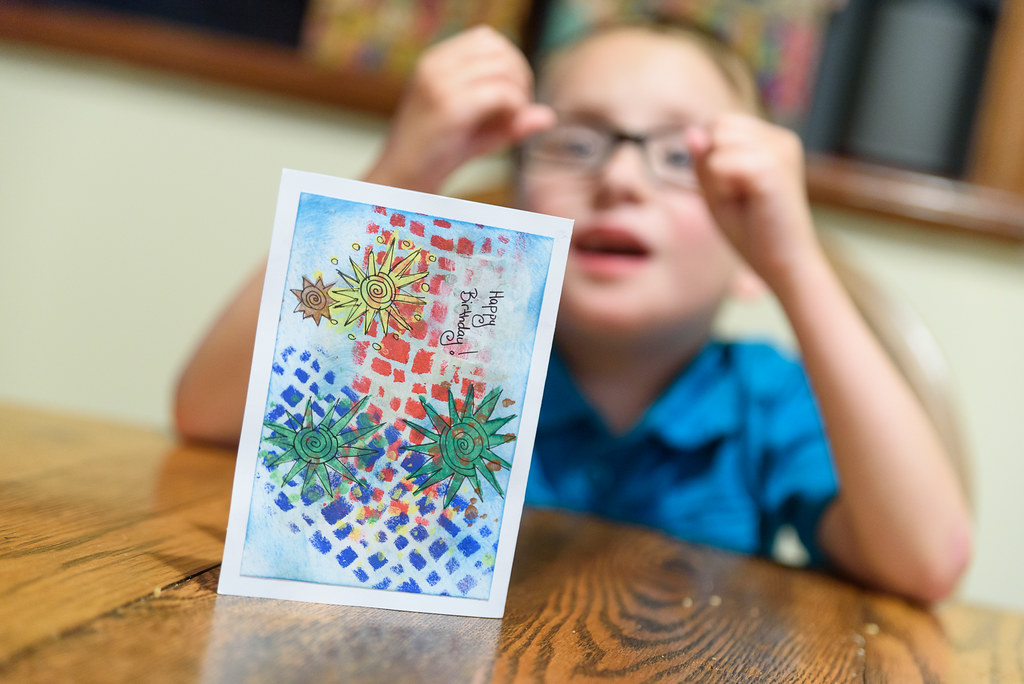 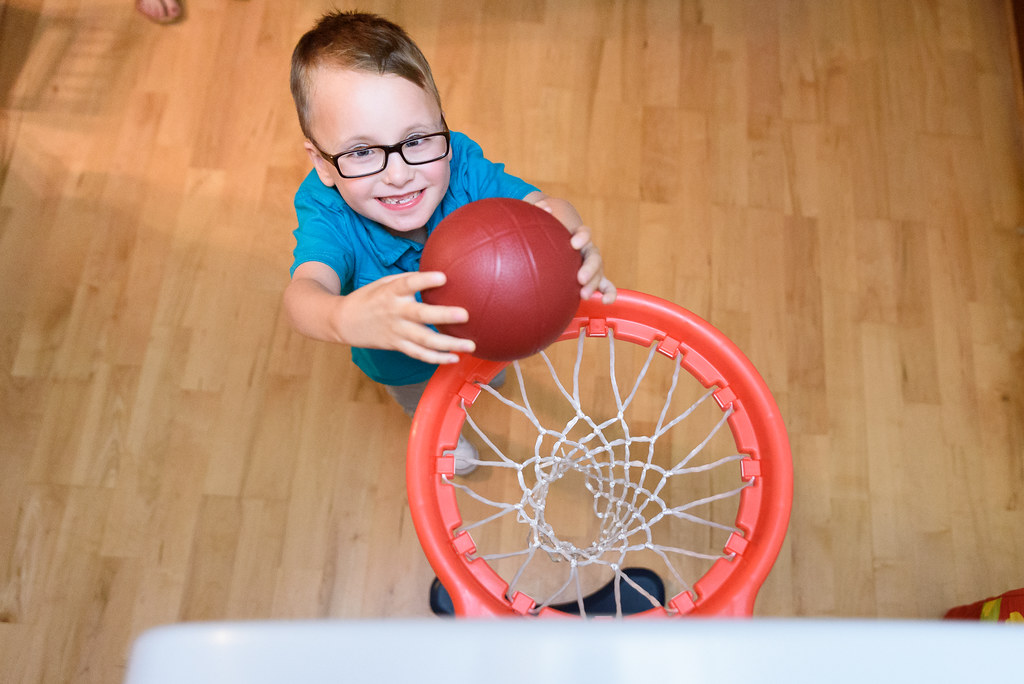 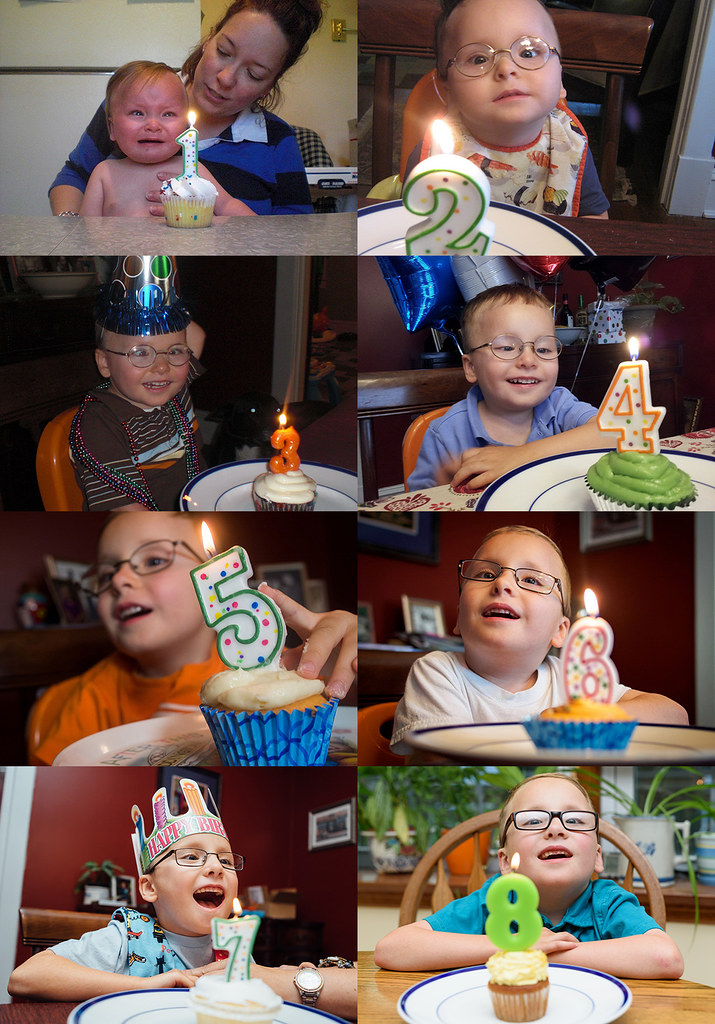 Just over eight years ago, I was hoping Joe – more than a week late already – would be born on June 6. He’d have the coolest nickname, D-Day, this side of Faber College. In true Joe fashion he came along a few days later. Once when Lia was pregnant the doctor was doing an ultrasound, and said to finish we just had to wait for the baby to move. We waited. And waited. Even then, as an expectant dad, I don’t think I was nervous, but rather amused and annoyed. I never liked to be told what to do either. He eventually shrugged, we did too, then we all went home.

Joe used to lay on the floor wherever you put him. Just lay there and look around. That was our first clue that something was up, but it was also when the calm started to creep into our house.

The first time Joe really fed himself, the time it took to move one piece of food from plate to mouth felt like an hour. We applauded. He turns eight today, and seeing him stand up from sitting on the floor is still like seeing a unicorn. Pack a lunch if you’re accompanying him up a flight of stairs.

I mean all of this in a most positive way, because I know he’s only slow because the alternative is fast, and either way he’s happy. We’ve seen him gobble food, sprint (relatively) up steps, and chase after certain toys. He can totally do all of these things, but his motivation isn’t to get somewhere, it’s to be somewhere. And “oh hey, look … I’m already here.”

When you’ve got a kid like Joe, you spend a lot of time trying to speed him up to match your pace, and you fail. Your Hobsonesque choice is to slow yourself down. Talk about an egg in your beer! For the past eight years we’ve been forced to take it easy.

Lia and I went to dinner the other night. It was just the two of us, but when the hostess asked for a name I said Joe. She said “that’s simple enough,” and Lia and I smiled. Because it is.

Happy birthday Joe – how did eight years go so fast? 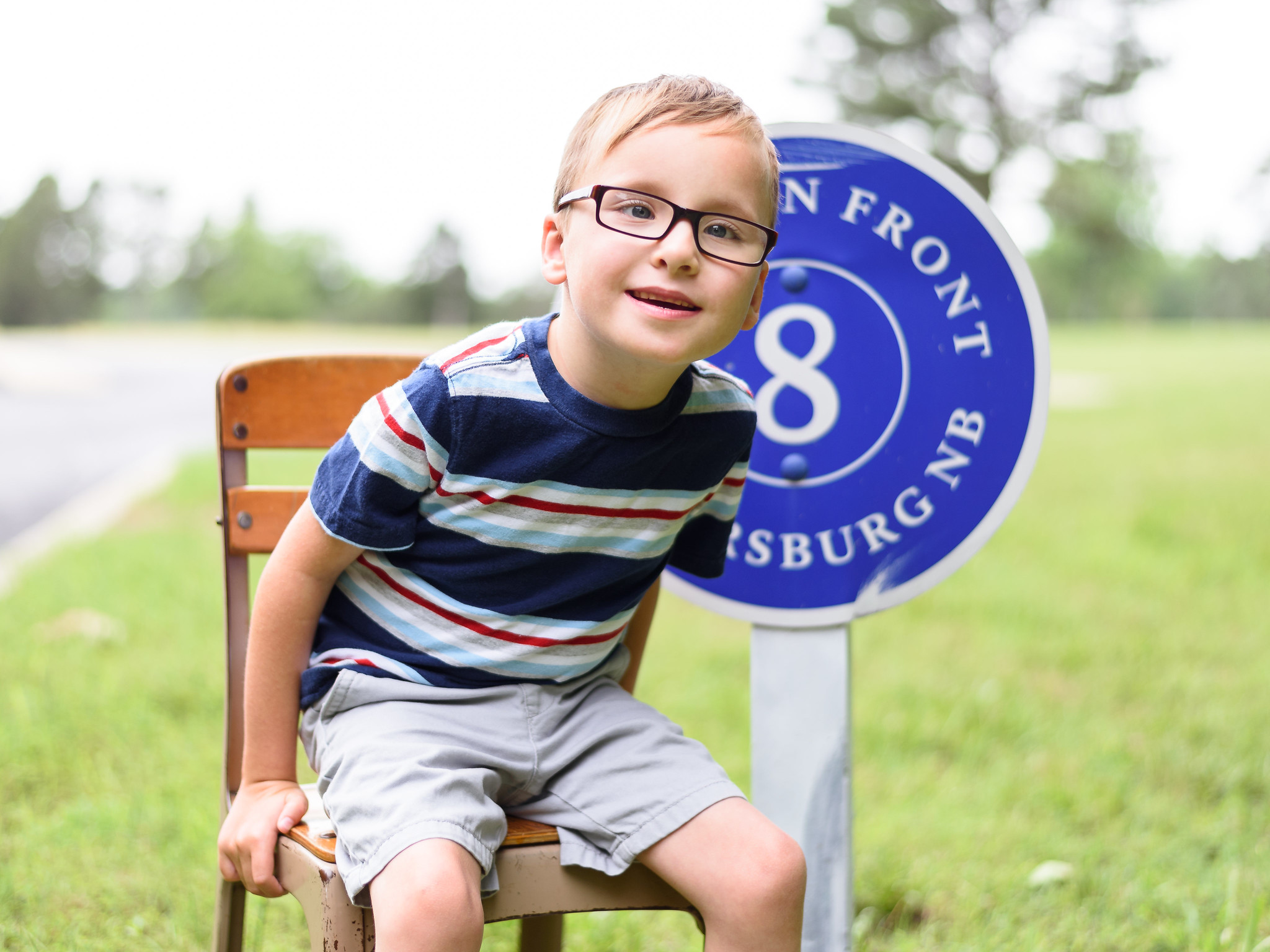 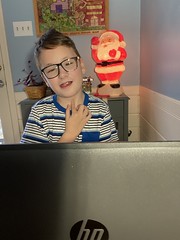 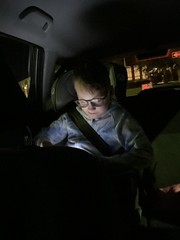 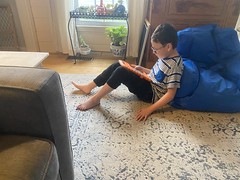 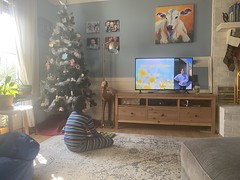 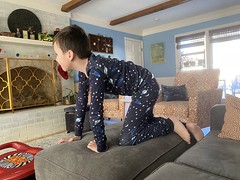