One of our things, Joe and I, is running together. Our first time out he was about three months old, our last time out was today. That’s roughly nine years, and at over 100 miles a year, nearly 1,000 miles. We love it.

I’ve been drafting this post in my head since last year, because I thought it was going to be a sad goodbye to running together. Joe was outgrowing the stroller, and does a nine year old who can walk really need to be pushed?

That would have stunk, because we’ve had some great times on the road. We’ve run in the heat, like today, both of us red and exhausted by the end. We’ve run in the winter, stopping often to put his mittens back on. My favorite so far, and our longest, was a cold 15 miles we did together on the Capital Trail in late 2011.

Our first organized run was the Airborne & Special Operations Museum’s second annual 5k on June 6, 2009 – four days short of Joe’s first birthday. We’ve done a dozen or more 5ks since, and even won a few that had a stroller division.

We used the same running stroller for the first nine years. We got it off Craigslist, and it may be the best $40 I ever spent, sincerely.

But even Joe has to grow, and he’s too big for the old ride.

Last year I started looking at larger running strollers. Since we’re into special needs territory, they become pretty expensive. So I was torn. On one hand, we love running, and it’s hard to put a price on the time we spend together. On the other hand, I’m Mike Tremblay’s son so anything expensive is stupid. Joe is nine, and maybe he should get off his ass and maybe push me for awhile.

Then I came home from work on Friday, and there was my lovely wife Lia, standing next to a smiling Joe sitting in a full-up asphalt assault vehicle big-kid running stroller, freshly serviced by Carytown Bicycles. Just one of my Father’s Day presents.

In the months I was fretting about spending money on time with my son, Lia was working on a fix. A friend at Children’s Assistive Technology Service of Virginia, a non-profit that gets kids with mobility issues adaptive equipment, said they had a dusty, broken chair in storage we could have. CATS doesn’t get requests for running strollers, so it just sat there for probably a decade or more. Turns out it’s brand new, and only needed to be cleaned up after years in storage.

Our time on the road together was just extended by a decade or more. Thank you Lia.

So many great things happen to us because of Joe. Getting a kick-ass running stroller is just another example. It makes me thankful, but it also makes me think of all the people with real needs that aren’t being met. Joe and I would be fine without our new wheels, and we could have sucked it up and bought one if we needed it. But there are people who benefit from CATS and other non-profits in huge, life changing ways.

There’s no moral to this story, and like usual I’m shocked if you read this far. I mean, really, don’t you have Netflix? If you do take anything away from this post, let it be this – look for small non-profits when you have a few extra dollars laying around. CATS and dozens of other organizations silently do great things. They don’t have money to spend on horn-tooting. They just help.

Pics or it didn’t happen … 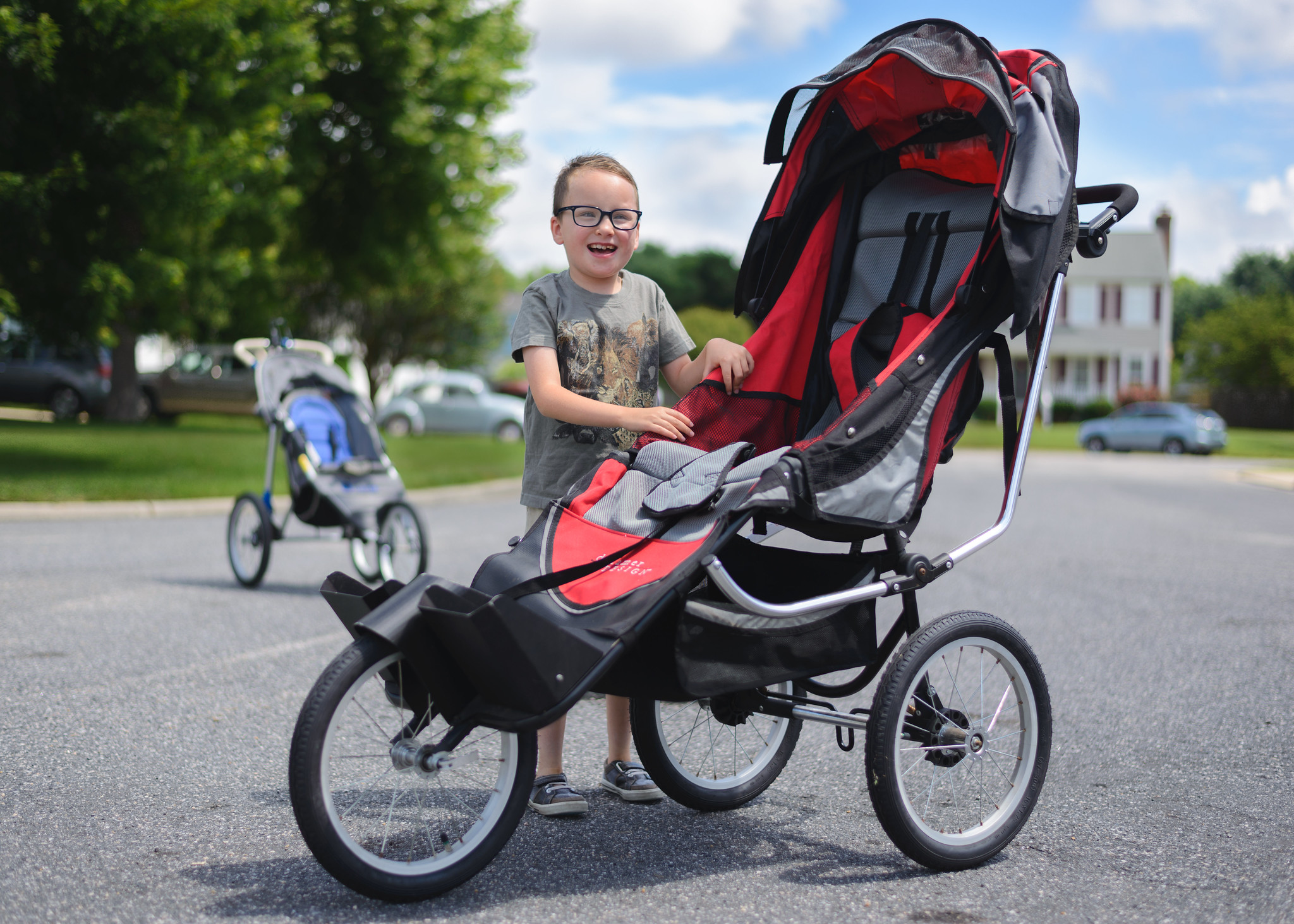 The new ride. Joe’s old wheels are in the back. We’ll clean them up and pass them along. 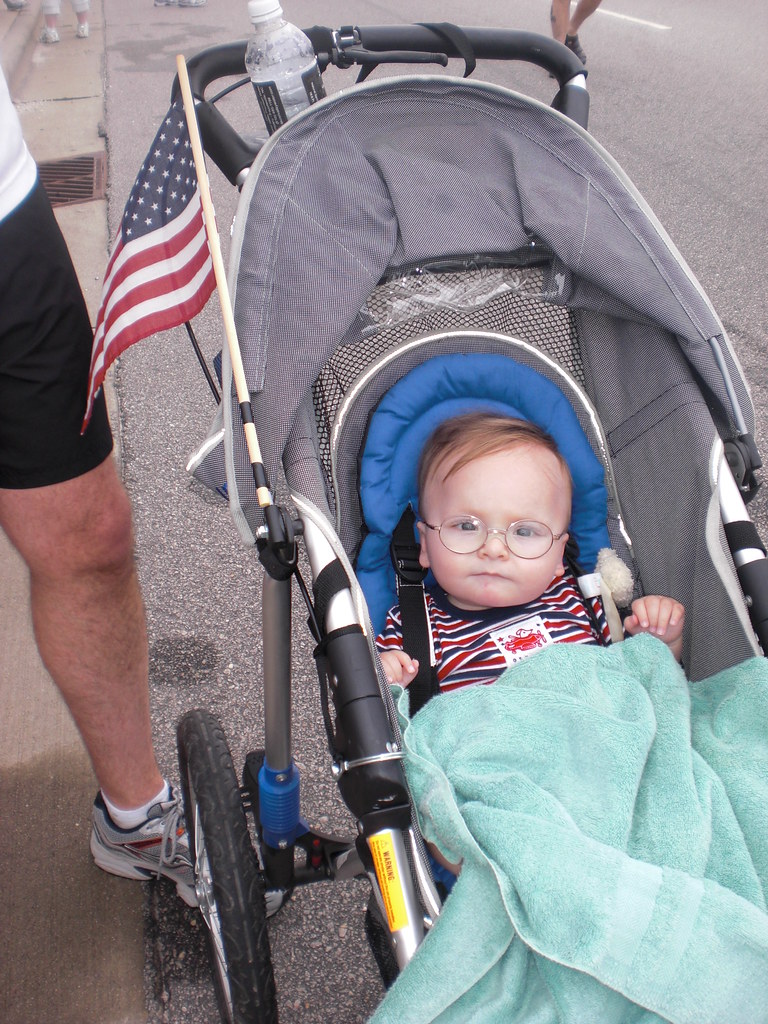 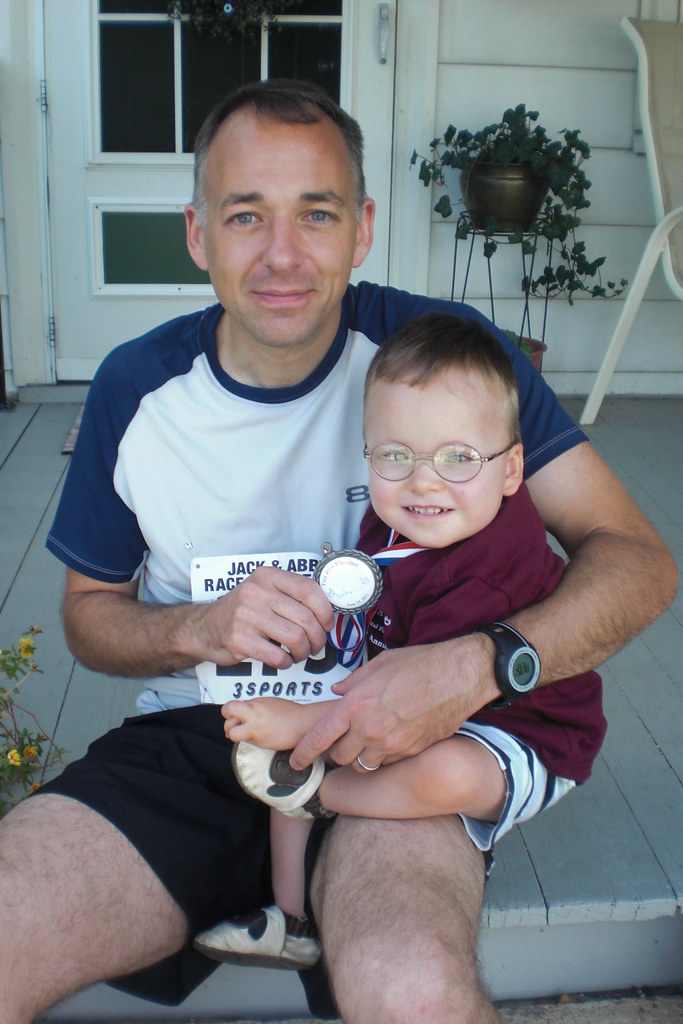 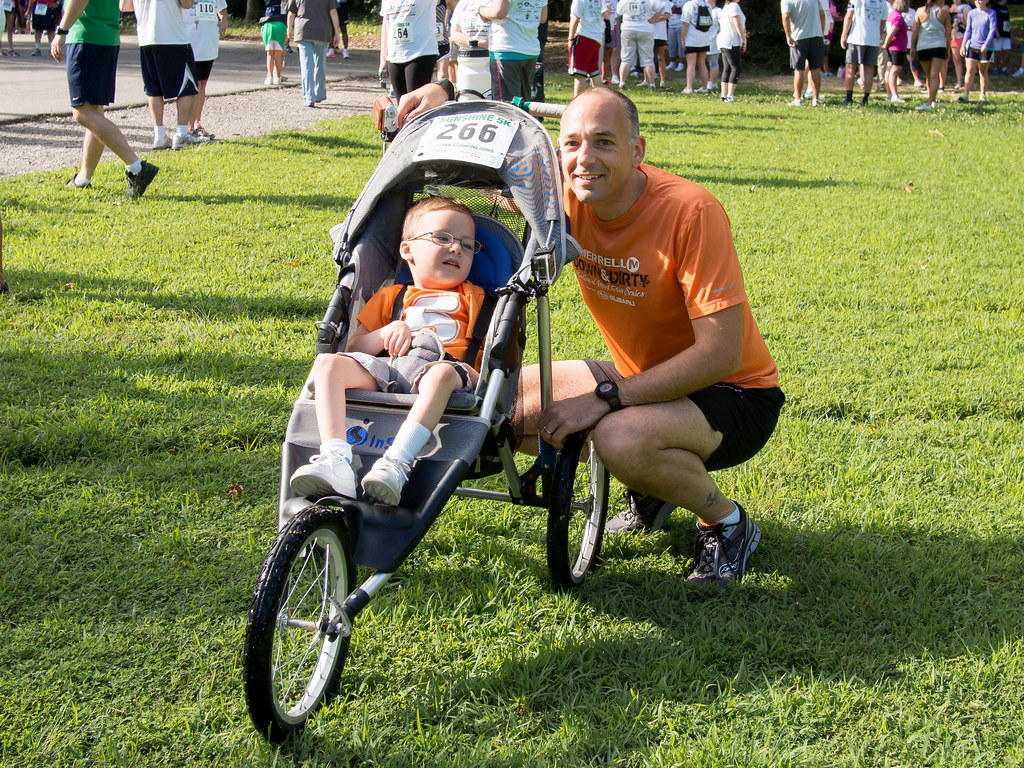 JUNE 2013: At the Colonial Heights Sunshine 5k. Team Joe was an official sponsor – a bunch of our friends came out and we raised nearly $2,000 to help build a playground in town. 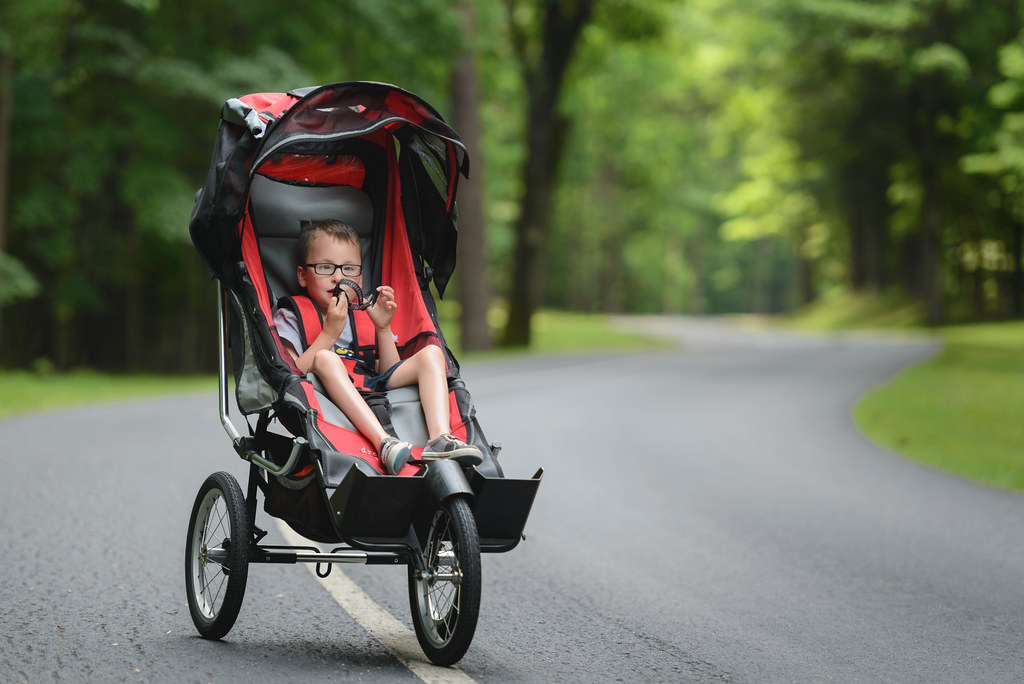 JUNE 2017: Today at Petersburg National Battlefield Park. Our first run with the new chair, at our usual spot.

One last thing (seriously, why are you still here?) – I was listening to Chuck Mangione’s Feels So Good while writing this. He’s from Rochester. The song holds up. I don’t “do” jazz, but this is a solid song.

How can it be that our little boy is nine?

The past couple of years I’ve gotten a little deep thinking about Joe and what he means to me and the world. This year, however, he and I are in a groove, and when things are this good, you shouldn’t waste too much energy thinking about it. Just eat it up!

Not that I don’t have things to say, I just don’t want to bother getting all the words together. Joe is greatness, he makes me a better person, meaning of life, blah blah blah. Pretty standard stuff. 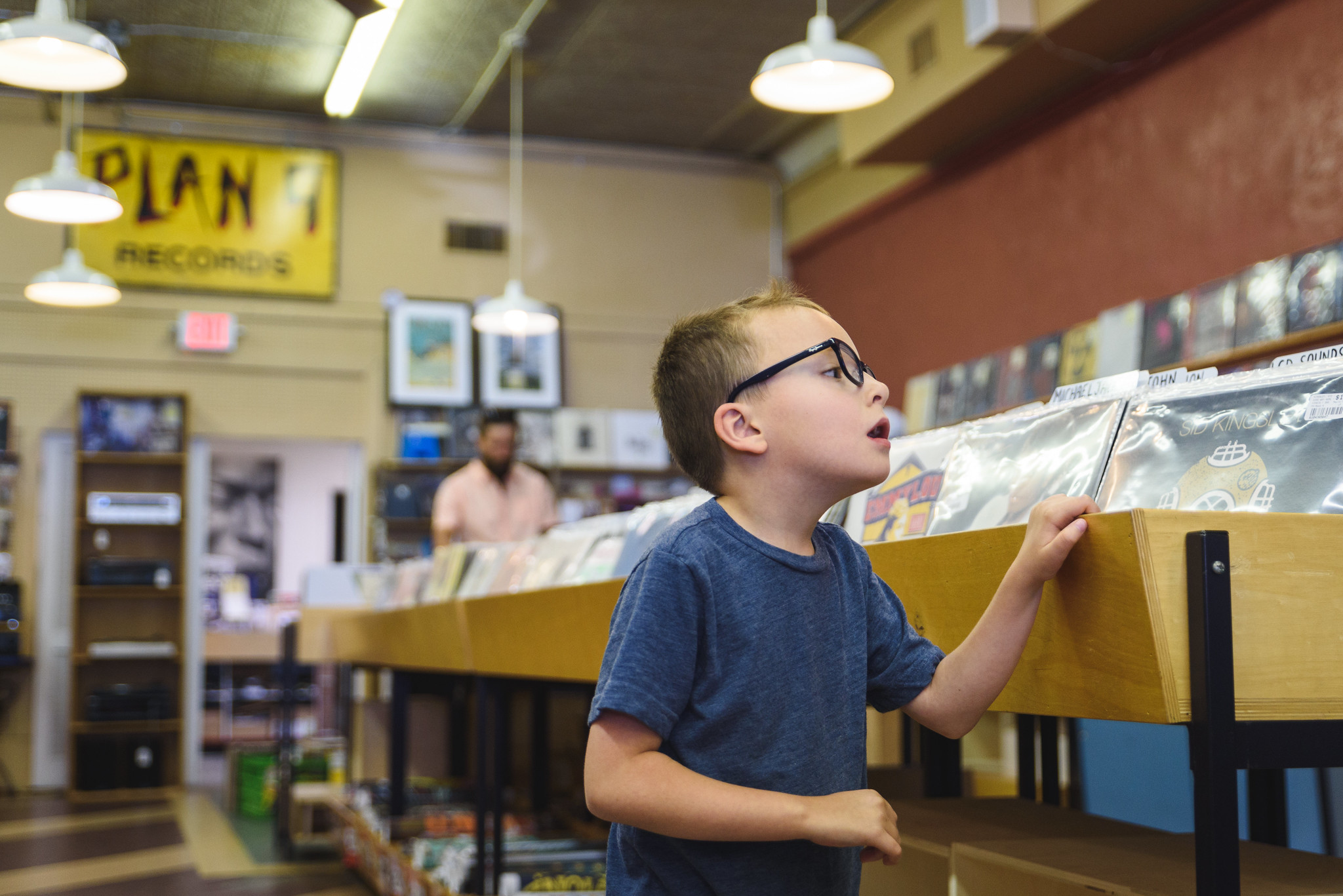