I’m sure Rihanna’s a nice person, but at some point her Norwegian-written “Only Girl (in the World)” was licensed by Gemmy Industries in good-ole Texas, then rerecorded and sent to Yangzhou, China. A toy manufacturer there took this worse version of a bad song and jammed it into the belly of a million red and pink dancing sock monkeys, which were then unleashed on the West on Valentines Day. This is Bond-villain level nastiness.

Somehow two of these horrific automatons found their way to Colonial Heights, Virginia, where a wonderful and well-meaning woman named Terry at Grandtiques gave – GAVE – them to our boy Joe.

This was a while back, maybe two years. And since then we’d bust them out every few months and push the little button on their hand, and the monkeys would play the chorus of Only Girl and do a little shuffle step. Then we’d quickly remember how annoying this is and put them away.

Today, like usual, we showed Joe how to push the little button. But today, he really got it. Boy did he ever. For two hours it was non-stop. 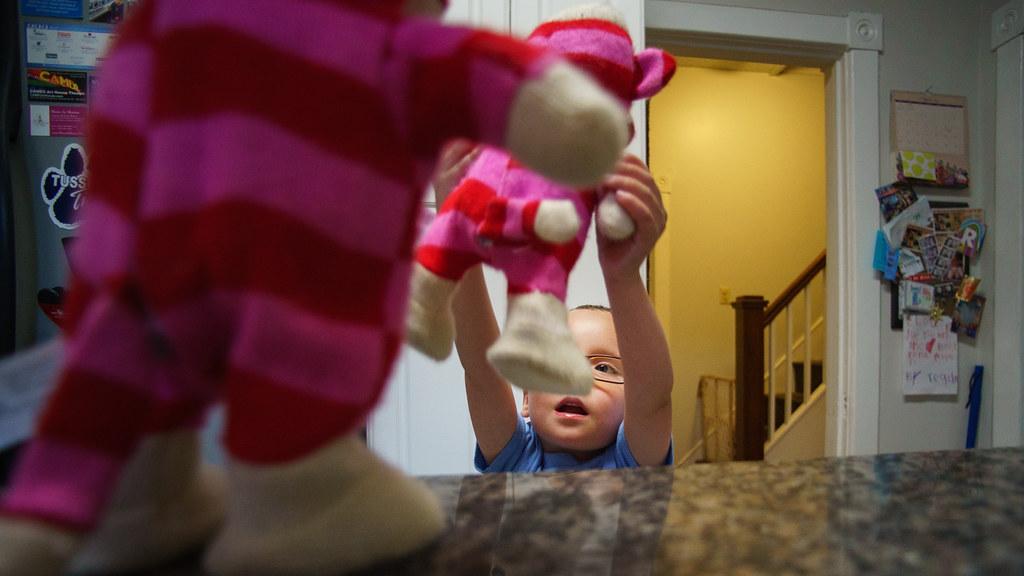 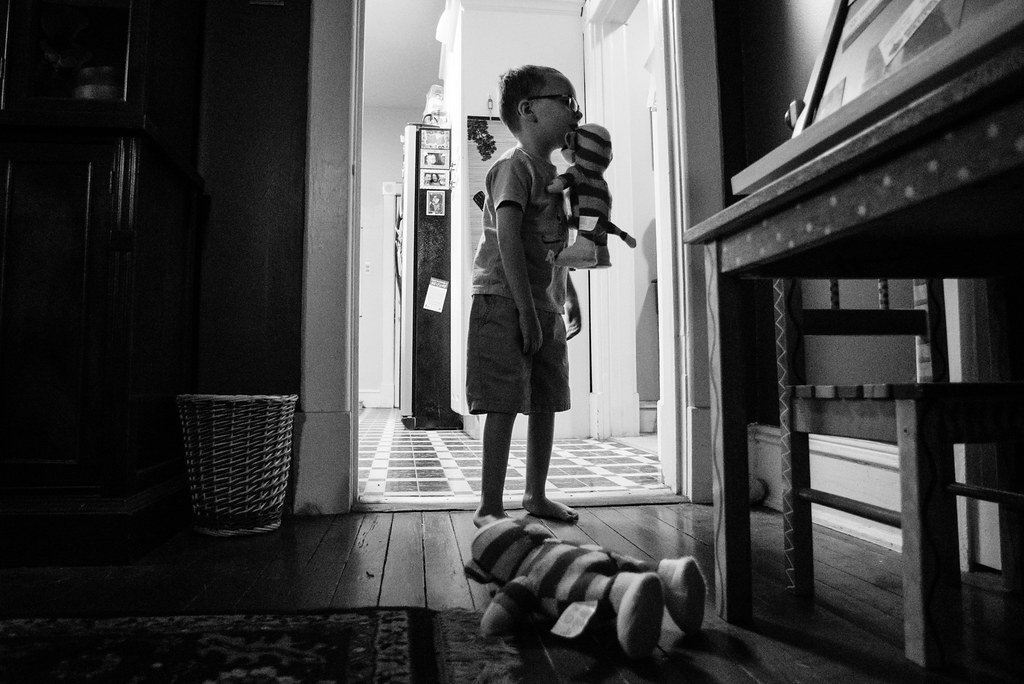 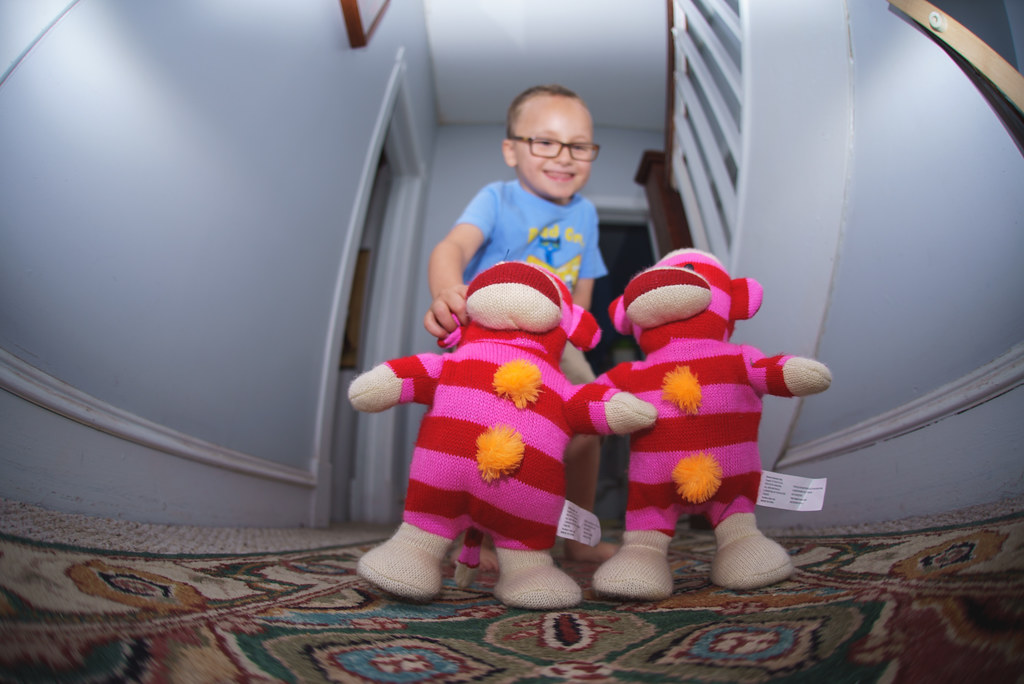